The Tañon Strait Protected Seascape, located between the Islands Cebu and Negros, is the largest marine protected area in the Philippines with an area of 5.182 km2. The Tañon Strait is a narrow street with a width of 27 km and 160 km long.

The Tañon Strait is the habitat of 14 species of dolphins and whales. The blue waters, coral reefs, mangroves and seagrass madows attracts a lot of different fish species. Many marine animals like whale sharks and other giants seek safe passage through the Tañon Strait to travel between the Visayan Sea in the north and the Bohol Sea in the south.

The Tañon Strait has become a main source of income and food for the people located near the coastline of the Strait. That’s why it attracts a lot of farmers, families and fisherfolks. 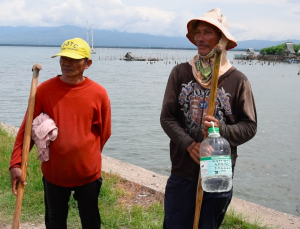 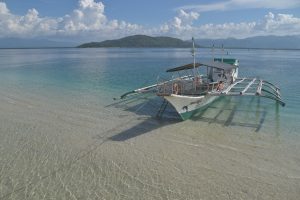 The area is declared as a protected seascape in 1998. Due to the fact that this area is one of the major fishing grounds of the Philippines, the beauty of the Tañon Strait is under threat of destructive and illegal fishing. Fishermen used to fish with dynamite to increase their catch. Due to dynamite fishing, other human influences and natural disasters coral reefs were damaged and therefore fisheries declined increasingly. Fisherfolks are catching 90 percent less than they catched in the 1950s with the same effort.

El Niño was also having a big impact on the size of the coral reefs in Tañon Strait. A huge amount of coral was damaged because of the rise in water temperature during El Niño. This caused again a decline in fisheries.

Because of the importance of Tañon Strait and the above aspects that are threatening this area, it is necessary that it will be protected. That is why this area is marked as a Marine Key Biodiversity Area. It is the largest marine protected seascape of the Philippines. Since a few years, different programs are focusing on improving the biodiversity in the Tañon Strait. A part of this program is done by the Biodiversity Management Bureau (the government) and a part is done by a NGO RARE. RARE launched the program ‘Fishforever’ in the Tañon Strait, this program focuses on sustainable fishing.